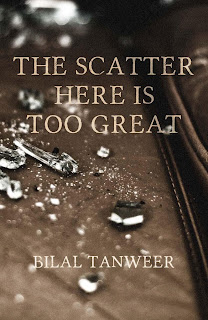 In its seventh year, the prize money has been increased to Rs 2 lakhs with support from Priti Paul and the Apeejay Trust.

On behalf of the judges, Taseer said: “The Scatter Here Is Too Great is that rarest of rare things: a novel whose form is a near perfect expression of its content. Karachi’s violence, its desolation, its dirt and phantasmagoria, are not merely represented; they inspire the shape of this jolting, fragmentary, darkly kaleidoscopic novel. It is part of Bilal Tanweer’s promise that he can leave so much unsaid, that his negative spaces speak as eloquently as they do. And, in the end, the reader is left with all that he needs to know—a deep and inconsolable sense of unease.” 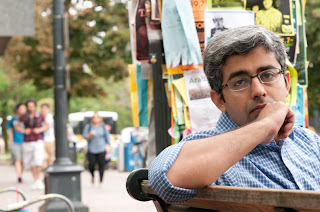 Tanweer, born and raised in Karachi, has published fiction, poetry and translation in various international journals. In 2011, he was selected as a Granta New Voice.

Speaking for the Shakti Bhatt Foundation, Sanjay Iyer said, "With The Scatter Here Is Too Great the Prize is now clearly established as a pan-South Asian award. Completely independent juries have awarded three of the seven Shakti Bhatt awards to English language books by non-Indian writers. Mohammed Hanif from Pakistan won in 2008, as did the late Jamil Ahmad in 2011 at the age of 78 - surely the oldest person in history to win a first book prize.

"Bilal Tanweer's book underlines the crucial importance of literature in our larger cultural landscape. The Scatter Here Is Too Great balances the universality of existential torment with the often horrifying nitty-gritty realities of its location, Karachi. The book is disturbing, but frequently hints at catharsis. We wish Bilal Tanweer well as his promising career unfolds.”